​Prior to his ordination as a Pastor/Elder in 2003, Dr. Donald Ponikvar was a career Army Officer.  He graduated from West Point, and was commissioned in Armor Branch, serving in assignments in Germany and in the United States.  He has a PhD in Physics from the Massachusetts Institute of Technology (MIT), taught Physics at West Point, and worked for several years on President Reagan's Star Wars program.  During the week, when he is not involved with pastoral duties, Don is a consultant to the Department of Defense and the Department of Homeland Security, advising them on countering terrorism and weapons of mass destruction.

Don was born in Cleveland, and raised in the Methodist Church.  While at graduate school at MIT, he came to a personal revelation of the reality of God and the need for a personal relationship with Jesus after hearing a Physics Colloquium on the Big Bang theory of the creation of the universe.  He committed himself to Jesus in 1980, and became involved with the Officer's Christian Fellowship, ministering to military personnel from all around the world.  He taught Prophetic Ministry and Healing at Shepherd's Heart Bible College in Fairfax, VA, and is a certified trainer for the Christian International course on Ministering the Gifts of the Holy Spirit.  He is also a commissioned CISM Chaplain, working with Christ In Action, a service organization headquartered in Culpeper, Virginia.  He and his wife, Patti, have been happily married for 48 years.  They have three children, all married, three grandsons, and a granddaughter.

Bob McCaig has been a Pastor/Elder at New Covenant for more than 20 years.  He was formerly a member of the Gideons. 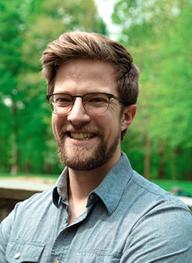 In Memoriam (past NCF Pastor/Elders)

The Pastor/Elders of New Covenant Fellowship

Butch Chevalier is in his 38th year of ministry. Butch encountered Jesus in 1975 as a lost young man who grew up without a father.  He was invited to a graduation banquet and when the little old ladies who prepared the meal began to pray, he felt the presence of the Holy Spirit as the Father engulfed him inside and out.  He knew he had come home to a heavenly Father! Butch started a relationship with the Father that night and he has never looked back.  Does that mean he was perfect?  No, it does mean Butch belonged to Him though, and for the rest of his days and into eternity, Butch is His child.
A few years later Butch was on a mission trip and heard the call to be a minister.  Not long after that he met the love of his life, Diana, in Bible college.  In 1981 he went to Haiti on a mission trip that changed his whole perspective on how Jesus views our world.  Later that year he became a youth pastor and Diana and he were married.  Diana and Butch did outreaches from every aspect, from crisis pregnancy outreach to Motorcycle Ministry.  After 37 years of marriage, Diana lost her battle with cancer in 2018.   Now with two grown children, several grandchildren, and seven church plants, Butch is a Pastor/Elder at NCF and he travels thousands of miles a year ministering to Bikers from Daytona to Sturgis.  Most of all, he sees that people need Jesus and we are all about connecting those we meet to the Father through an encounter with His Son.  His goal as a Pastor/Elder at New Covenant Fellowship is to know God and to make Him known to all those around him.  So, he ends a lot of conversations with this:  "Got Jesus"?

Jordan Pfeiffer grew up in Manassas, Virginia and has attended New Covenant Fellowship since he was a child.  He has served on the worship team for many years.  In 2015, Jordan began attending Meta, a local young adult ministry. It was at this time he heard God's call to serve in ministry and was asked to lead a bible study for the group. He discovered his passion for learning the word of God through teaching. He graduated from George Mason University with a Bachelor's degree in business management and double major in information systems management in December of 2016. Jordan married his wife Katelyn on October 19, 2019 and was ordained November 10, 2019 as a Pastor/Elder. Jordan is now the co-leader of Meta and seeks to present the gospel to his peers with authenticity and clarity. 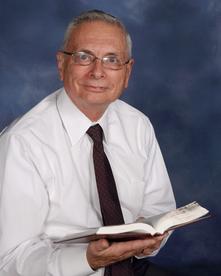 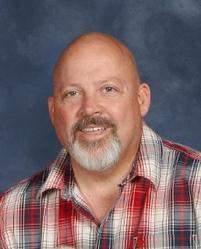 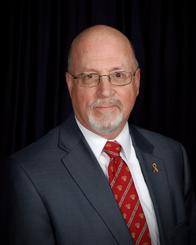