Carlos Dorsey grew up in Scranton, PA.  He was an Army veteran, and was originally a businessman (hotel manager and owner of a health food store).  When his business failed, he turned to drink.  However, in 1972 he accepted Jesus as his Savior, and the Lord rescued him from this addiction in one day. He never drank again.  As a result of this experience, he developed a special sensitivity for people in need.  He had been through all those difficulties himself.  He founded Concerned Christians for New Life (CCNL) in 1988 as a formal ministry under New Covenant Fellowship to serve those in need. In April 1989, he became an Associate Pastor at NCF.  His goal was to share the peace of Jesus with all those people he encountered.  Through CCNL, Carlos touched many in the local community who had needs for shelter, food, utilities, medical assistance, or other issues.  Carlos retired in 2001 to South Carolina  where he died in 2014.  Carlos was married to his wife Juanita for 52 years.  They had three children, and 10 grandchildren.  Juanita died in 2016.

Ken Hornby served as a Pastor/Elder at New Covenant Fellowship from 2001 until his death on February 16, 2010.
Ken was rescued from drug addiction by the Lord in May 1970, and as a result, he was totally committed to following Jesus.  There were many occasions when he would simply get in his car and start driving, letting the Lord guide where he would go.  Inevitably in these instances, Ken would encounter someone who desperately needed to hear the Gospel and to know that Jesus loved them.

One of Ken's passions was Theophostic Ministry, a form of prayer ministry for individuals with deep-rooted emotional and spiritual issues.  He brought this ministry to NCF, and led the Theophostic Team there.  Ken was also very active in ministries to young people and to teens.  He was the Executive Director of Cutting Edge Ministries, an outreach to Middle School and High School students encouraging prayer and evangelism.  He is survived by his wife Mary Lou and his two children.

Robin Bayles was ordained January 30, 1970 to The Full Gospel Ministry by the Redland Baptist Church of Redland, Maryland and served continuously in local church ministry since 1968. In those years he has served as a youth pastor, minister of music, worship leader, church administrator, and senior pastor. He served for more than 35 years as one of the Pastor/Elders at New Covenant Fellowship, the non-denominational, New Testament style church that he co-founded with Bob Yarbrough in November of 1984.
He held a Bachelor of Science degree in Biology from the University of Maryland (1972) and a Master of Music degree in Vocal Pedagogy from Southwestern Baptist Theological Seminary in Fort Worth, Texas in 1976.
He was married to his beloved wife Sandy for 42 years and lost her to breast cancer in September of 2014.  He and Sandy have three beautiful daughters, Aimee, Rebekah and Bethany.  Robin enjoyed handyman projects, fixing things in his shop, reading, and boating.  He went to be with the Lord on July 5, 2020. 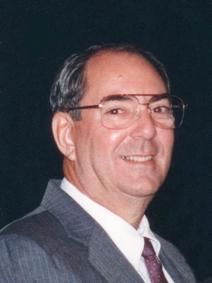 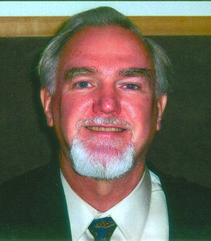 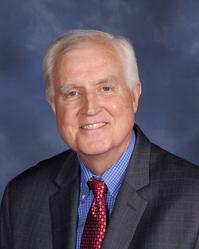